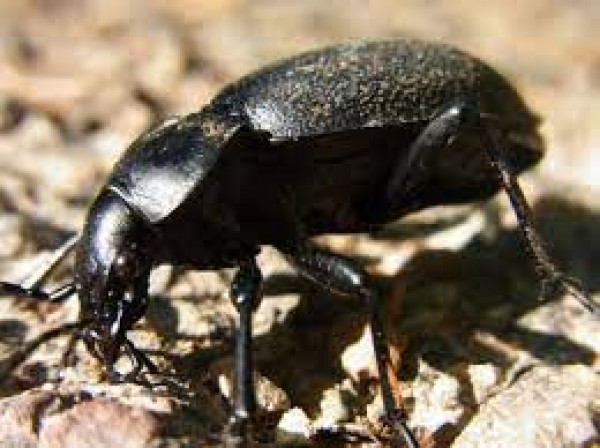 Ground beetles and how to combat them and avoid their presence in homes Ground beetles are beneficial insects because they feed on other insects and get rid of them and do no harm. These insects are not harmful, but their presence causes inconvenience, so they must be combated and avoid entering the house. We will explain their whereabouts, where they hide, and how to eliminate and combat them during this article, so follow us. The external form of ground beetles Ground beetles vary in size and shape, but the majority are elongated and circular. They are shiny, hard-shelled insects about 2 to 25 mm or more long (about 1/8 - 1/2 inch and some can be 1 inch). Most species are black or dark in color, but certain types have iridescent quality and other colors such as blue, green, orange, red, purple, copper or a mixture of metallic colors. Its body is divided into three parts, the head, chest and abdomen, like all other species. They have three pairs of legs and two wings that are used as defensive shields and have powerful jaws to devour prey easily. As most of them are considered predators through their ability to move quickly and their tendency to rush to cover when disturbed, ground beetles can be identified and distinguished from similar looking species. What do these insects feed on? They eat invertebrate pests such as ants, aphids, caterpillars, slugs and worms and are commonly known as beneficial insects due to their feeding habits. It sometimes preys on seeds, buds and pollen of plants, and this leads to the destruction of crops, so it must be combated. It can regularly consume up to four times its body weight by eating prey. Where are ground beetles located? Homes are attracted to light as it sometimes crawls in through key cracks and holes. Access is often enabled by open doors or windows, and in mid- to late summer ground beetles often invade homes. They can also be found in gardens, grassy areas, under debris, tree trunks, and among rocks. Does this type of beetle cause damage? • Buildings, food and clothing are not affected by ground beetles. • They are not hostile to people. • They can pinch the skin if mishandled. • When they are discovered at home, they are just a nuisance. • Indoor ground beetles are short-lived and do not reproduce there. Therefore, it must be combated so as not to be a source of inconvenience to you or cause even slight harm. How to combat and permanently get rid of ground beetles • You must extract it, put it in a container and vacuum it up. • It can be combated by placing adhesive panels. • Also use traps in areas where ground beetles are commonly found along walls. • Close all openings, such as cracks that insects can enter through. • Stack firewood as far from home as possible. • Keep debris, tree stumps and sawdust away from and around your home. • Because the light attracts these beetles, so reduce the use of lighting near the building and adjust the lights from bright white to yellow. Companies specialized in combating these insects If you cannot control it, and if it spreads inside your home and penetrates, you should contact a specialized company. We will show you the best companies specialized in combating these beetles in the Arab world, especially Kuwait: • Company to combat beetles Hawally. • The Ahmadi Beetle Control Company. • Mubarak Al-Kabeer beetle control company. • Company to combat beetles Salmiya.. • The Jahra Beetle Control Company. • Also, Abdullah Al-Mubarak, the company for combating beetles. Keyword ground beetles Description Ground beetles are similar to some other insects, so we explained their shape in this article, and because their presence causes inconvenience, they must be combated and avoided from entering the house. 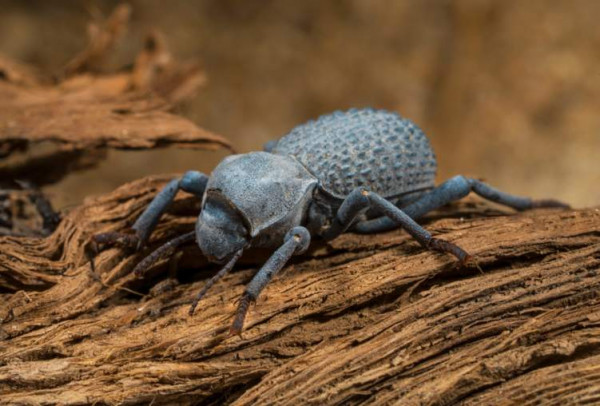 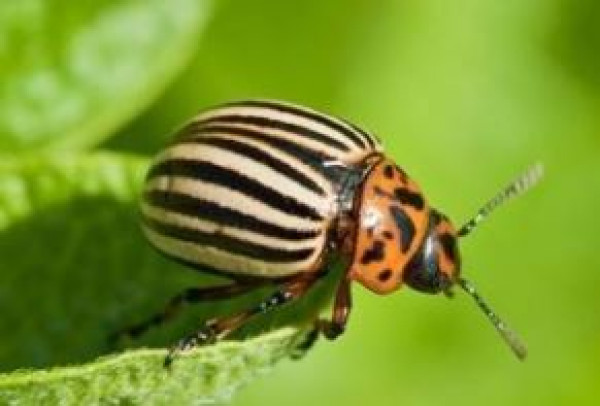 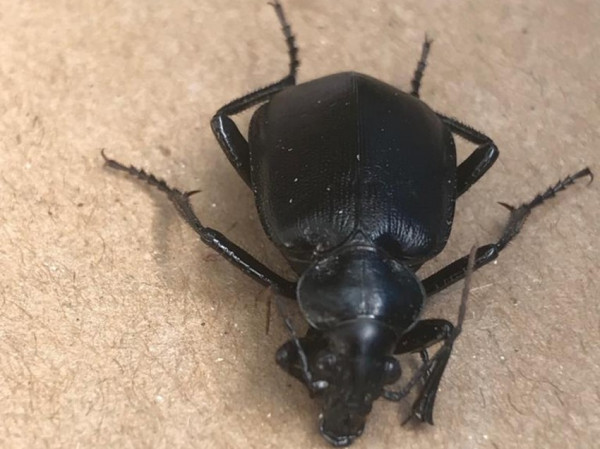